Nodecopter - or how to demo untested code

Recently, I've had the pleasure to participate in nodecopter, an event where hackers gathered in a late 19th century, three story high abandoned public pool house to hack flying robots with node.js all day long while drinking beer and having a lot of fun.

Here are my impressions. 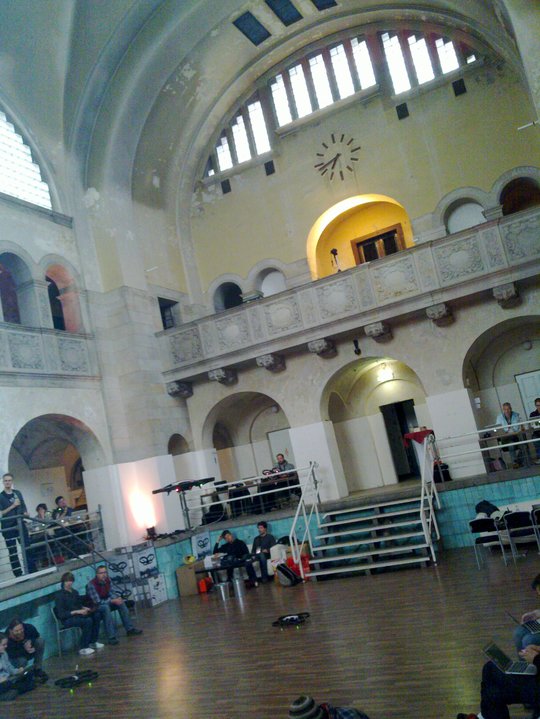 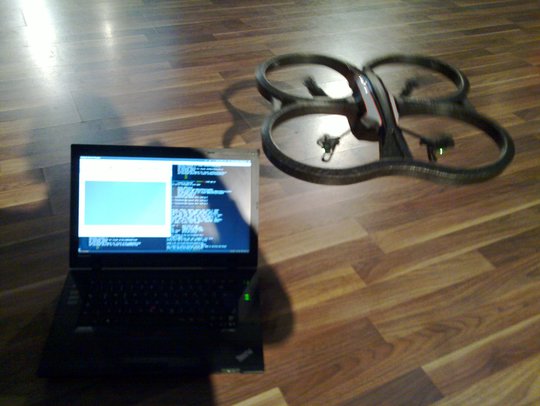 My Thinkpad with the drone flying next to it. 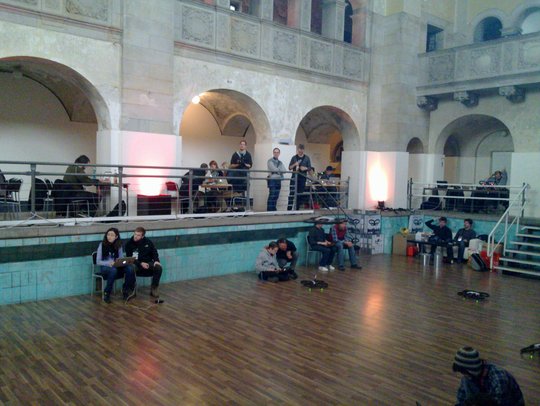 So, there I met Bernhard (whom I know from a previous cooperation with my company, UPcload), even bringing a drone and some cables. We hacked a quadrocopter that can follow people's faces. Bernhard wrote the face recognition part and I worked on the copter controller to react to face coordinates on the front camera.

Once we wanted to integrate our code and test the interfaces, the wireless was too crowded and we didn't get a connection to the drone until the actual demo.

So it came that we demoed the robot to the crowd completely untested, just smacking our code bases together, hoping for the best. We didn't even write unit tests. And yet, it just worked on the first try!

From now on, I am going to never test anything before demos, ever.

You can see me on the video here, I'm the guy with the yellow helmet.

By the way, my favourite team was the bullfighting drone.

Our code's on github. The code quality has been heavily influenced by beer. We take no responsibility.